That's the fifth UKVMUG done with, and the first one that I've ever presented at.

I loved it, it was a great day. The highlights for me (or what I did):

As I mentioned, I also presented (alongside Sam McGeown and Jonathan Medd). Aside from some PowerPoint issues before we started, I thought it went well. I already have a few ideas for more VMUG sessions for next year… 🙂 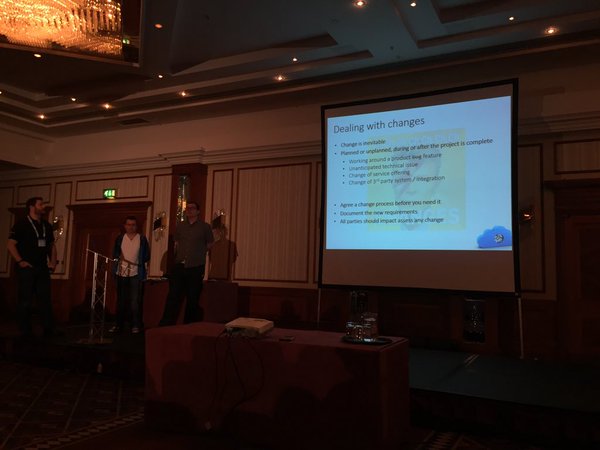 What about the “but”?

In case anyone's wondering about the “but” in the post title, there were a few things about the day that weren't so good. They were:

Between them, they've given over 25 years to VMUGs (both UK and London) and, in my opinion, helped promote and advance the VMware community immensely. They certainly have my thanks.

That does mean that the committee (for the London and UK VMUGs) needs some new blood**. Perhaps that's you?

It's not an undertaking to be taken lightly. I know this from my involvement with the South West UK VMUG over the last two years. It needs people who can give their time, both in organising events and running them. Interested? There's a survey available to complete as part of the process. Just make sure you do it by next Thursday (26th November).
* I may have made that up.

** To join Simon Gallagher, whose continuing contributions are awesome too (don't want him to feel left out)